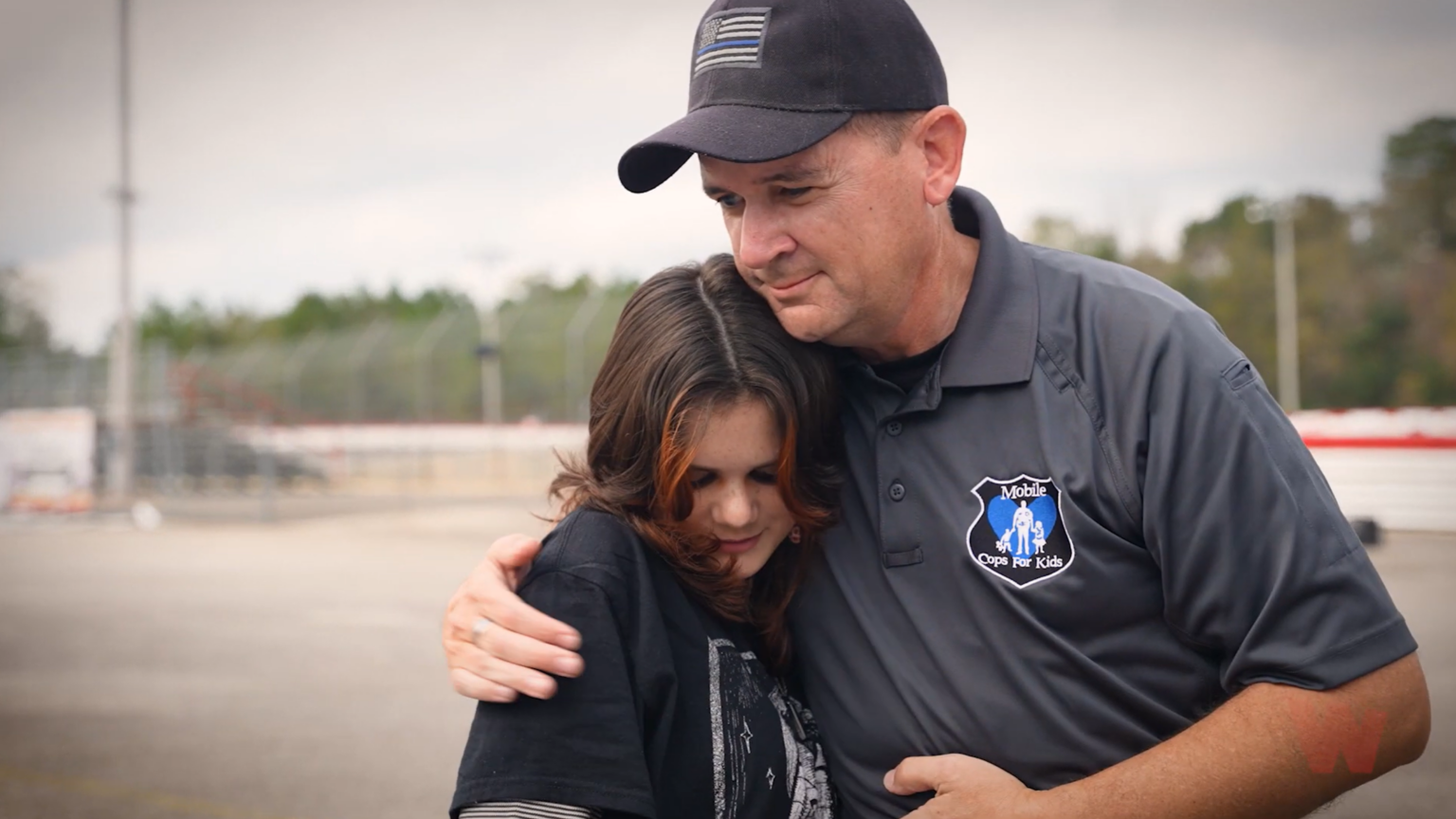 Sergeant March was celebrated as the latest Whelen Everyday Champion on January 22nd at the NASCAR Hall of Fame event in Charlotte, North Carolina. Watch the video to find out more about his story, and the impact he has had on his community. 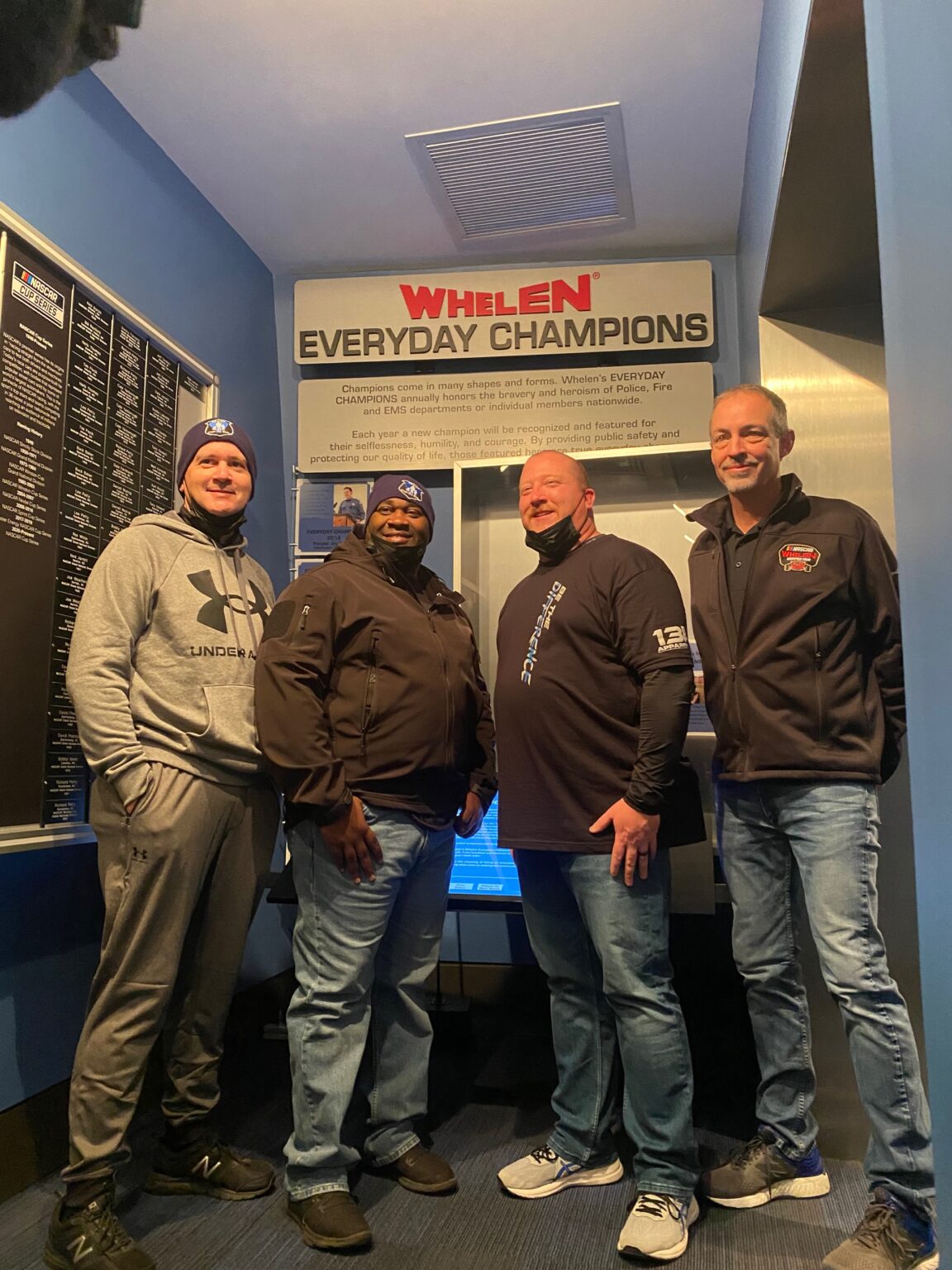 Sgt. March has been dedicated to serving his community of Mobile, AL for the past 24 years as a member of the police department and by founding the nonprofit organization Cops for Kids.

March was inspired to start Cops for Kids four years ago to establish and maintain positive relationships between law enforcement and families with children in the local community. He has impacted hundreds of children through his outreach efforts and is a beloved member of the community. Affectionately known around town as the “Dancing Cop,” from his enthusiastic participation in community events, March spreads joy and inspires connection between police officers and the youth of Mobile.

Citizens of Mobile who nominated March describe him as a local hero who devotes countless hours of his personal time developing positive relationships between local children and the police. He attends sporting events, school activities, makes hospital visits, and organizes charitable events to benefit children. “Sgt. March is a selfless and compassionate human, living a life of service for our children,” said Alisa Loper from Mobile.

“This award is not something I ever expected,” said March. “I am humbled and honored to have this award and it means a lot not just to me, but to the Cops for Kids program and everyone I work with.”
March truly encompasses the meaning of being an everyday hero through his commitment to being a positive role model to children and his unwavering dedication to making his community a safer place for all. 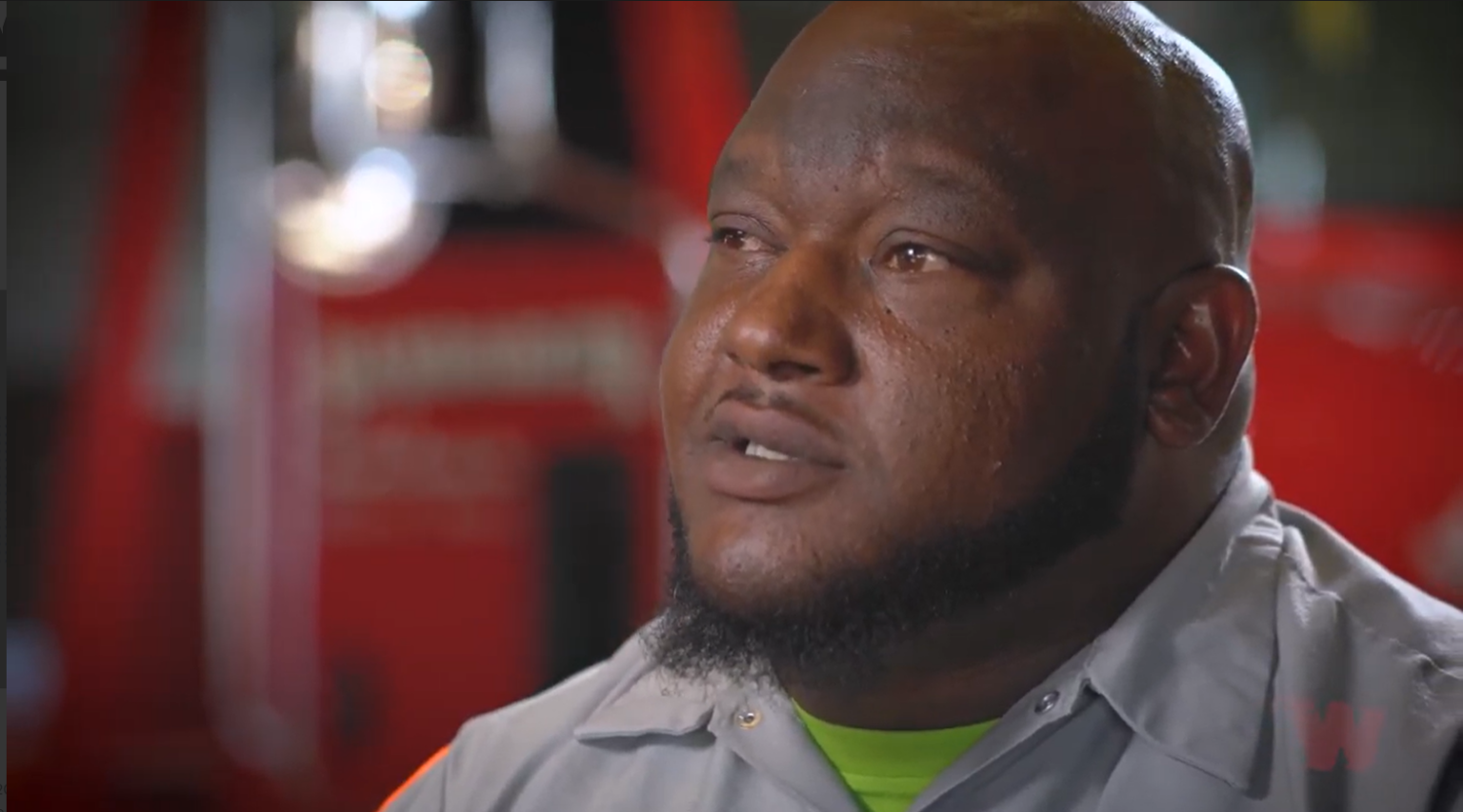 Andre Harris rescued an infant from a burning vehicle on the night of July 27, 2018.

He was driving his tow truck back from a call when he took a detour due to a local fire department closing off a road to fight a house fire. Driving down Route 171 in Northport, Alabama, he saw a woman in the road frantically trying to flag him down. Off the shoulder and down a small hill, he noticed a car overturned and in flames. Jumping out of his truck, he asked if anyone was still inside. The woman told him her 7-month-old baby was trapped in the vehicle. She had gotten the infant out of his car seat, but could not get him out of the car. The smoke was so dense that difficult for him to keep his eyes open as he felt around for the infant. The fire had increased in intensity, and he could feel the baby’s ankle. He pulled him out and cradled him in his left arm, running back up the hill to his mother. Worried that the car would burst into flames, he ushered them safely behind his tow truck. 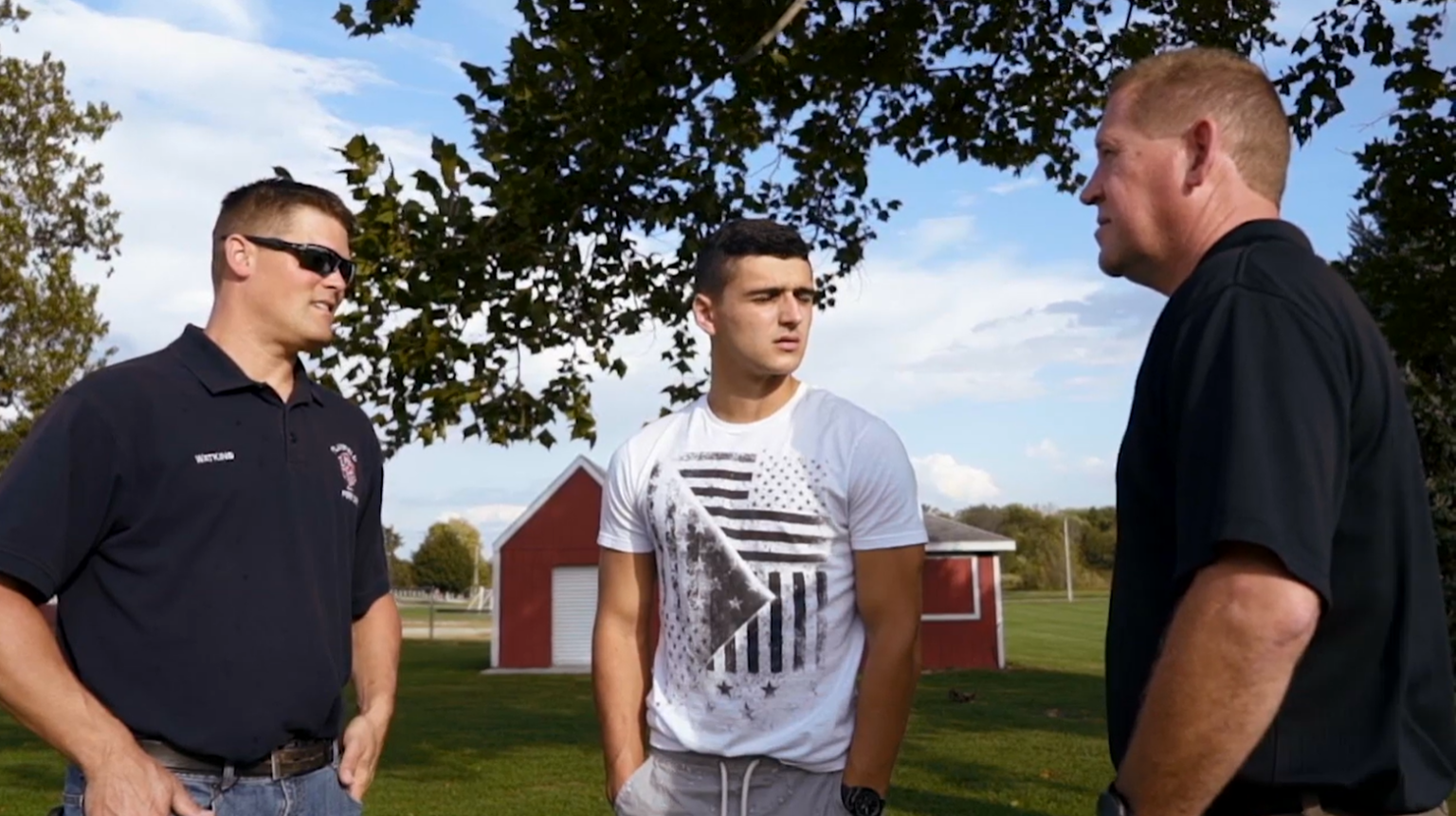 On July 4, 2018, a bolt of lightning shot across the sky during the fireworks display in Sheridan, Illinois as St. Charles Fire Captain Darin Peterson and his wife were sitting in their car. It hit a tree about 30 feet away. Peterson immediately ran toward the tree, where he found an 18-year-old male in cardiac arrest, a victim of the lightning strike. As Peterson began CPR, Eric Watkins, a paramedic from the Plainfield Fire Protection District, joined him to help. As the two off-duty paramedics worked together to save the teen, they heard a blood-curdling scream. A 4-year-old girl had also been hit and was unresponsive, laying on the ground. Peterson ran to help her while Watkins continued CPR on the first victim.

Both victims survived, largely in part to the quick response from both men and their administration of CPR in the first crucial minutes. They strongly encourage everyone to learn CPR and educate themselves on storm safety. 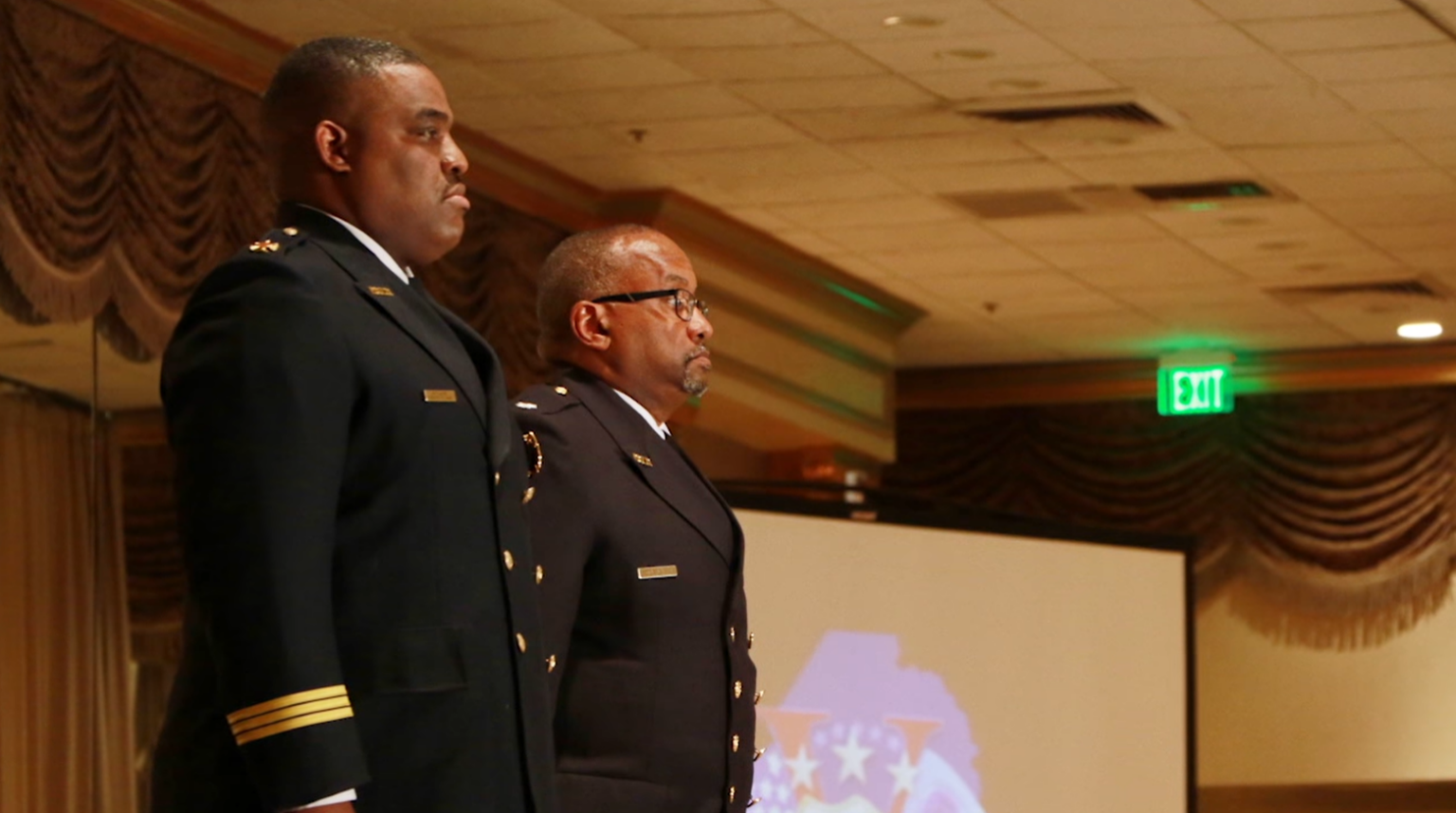 After the funeral and interment services for Fire Fighter/Medic Lieutenant John “Skillet” Ulmschneider, Assistant Fire Chief Darren Ware saw a burning car on the side of the road in Brandywine, MD, and rushed to aid the woman inside. Retired Deputy Fire Chief Tyrone Wells saw Chief Ware running alongside the road and also noticed the vehicle.

During the initial extrication attempt, the driver pushed the accelerator, causing her vehicle to move forward and further down the embankment. The position of the vehicle prevented extrication from the driver’s side of the vehicle, but they were able to gain access and pull her through the passenger window. 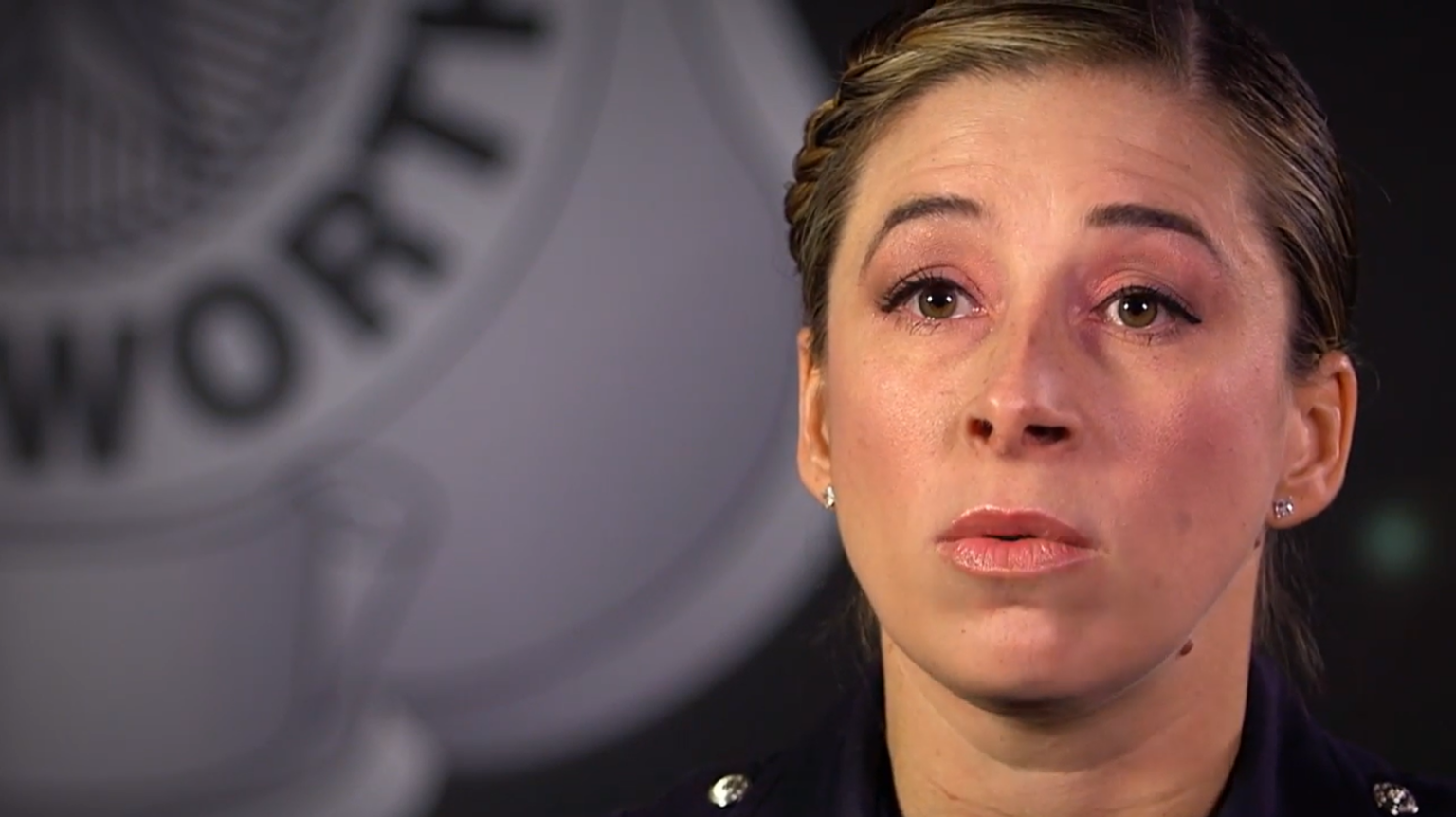 In March of 2016, Officer Brandi Kamper rushed to the aid of fellow Officer Matt Pearce who was shot seven times when in pursuit of a fugitive. Kamper served in the U.S. Army as a combat medic, and she and a SWAT officer entered a thickly wooded area to locate Pearce.

Dressed in civilian clothing and with no weapons or body armor, Officer Kamper immediately began assessing and triaging Officer Pearce’s injuries, despite the danger of being in an open area. She applied a tourniquet to his leg, used a pressure bandage on his arm, and dressed three bullet wounds on his chest and shoulder. Kamper, along with other officers then carried Pearce up a wet, muddy hill to get him to a helicopter. 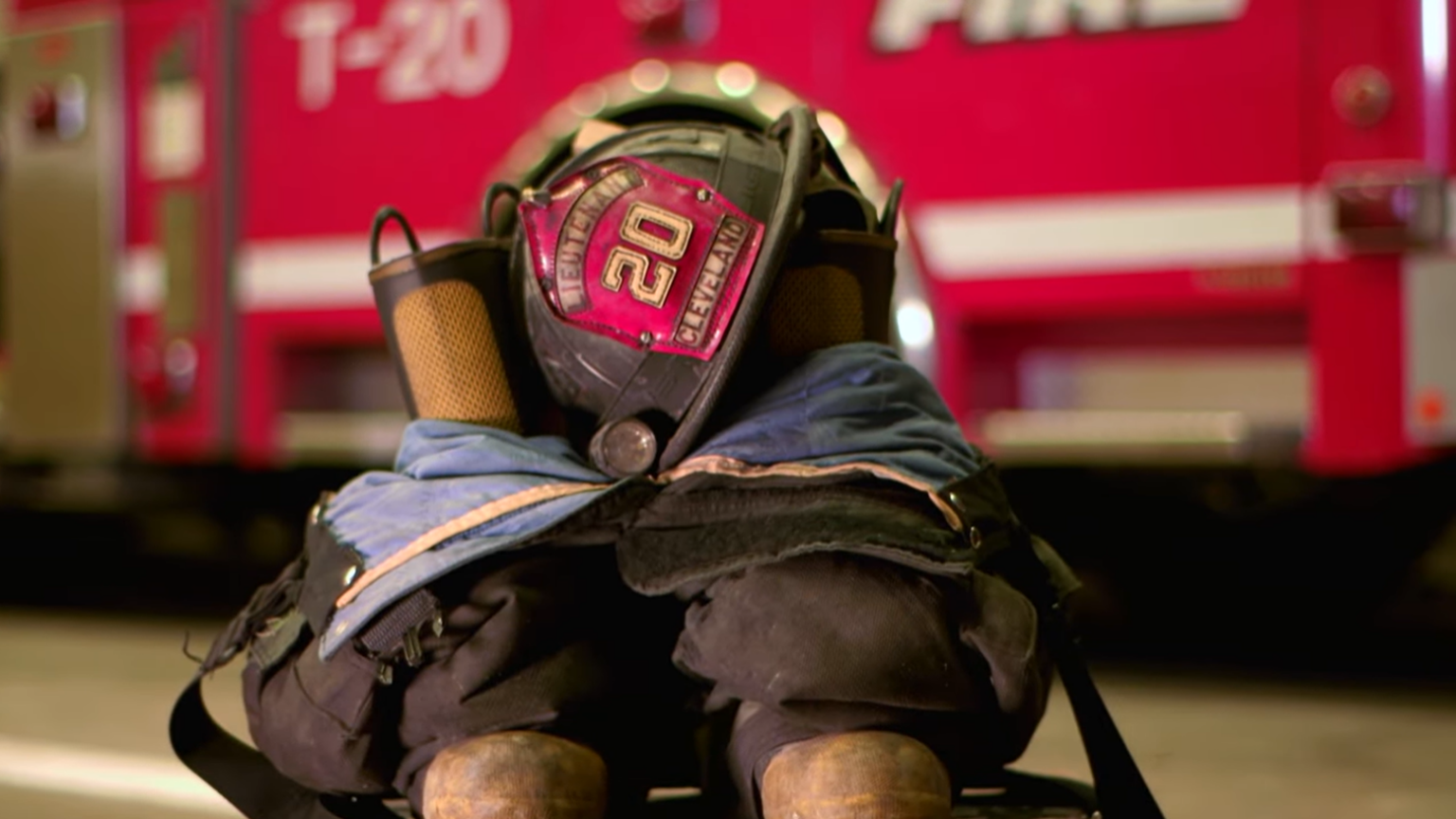 By the time they arrived, the first floor was already engulfed in flames. “There were numerous neighbors and what not on the street alerting us to the fact that there were children in the home,” said firefighter Ron Vargo.

A 10-year-old boy was trapped in his bedroom as the firefighters scrambled to put on their gear.
“We heard him screaming for only a short period,” said firefighter David Shantery.

Shantery and Vargo were able to get to the boy, who was soon unconscious, and brought him out.
At the same time, firefighter Kenneth Guyton was at the back of the home, helping the boy’s 8-year-old sister who had jumped to save herself. 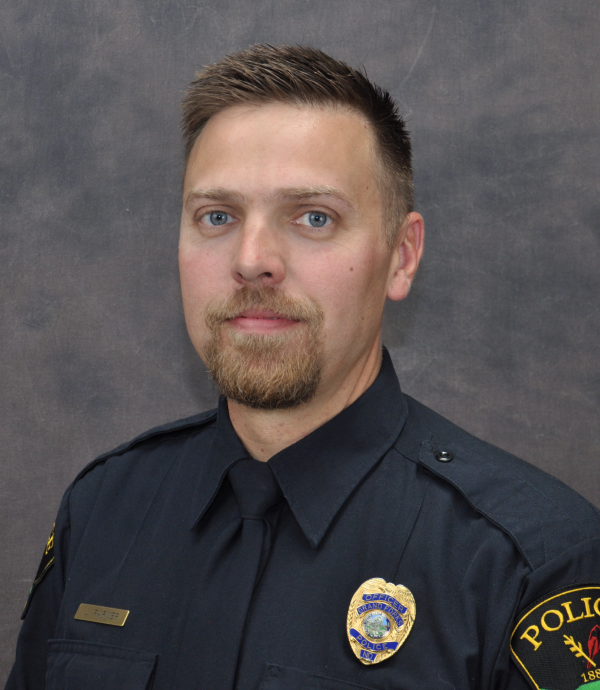 On a cold October morning in 2013, a car careened off of I-90 in Ellensburg, WA and crashed into a freezing pond. There was one man inside the vehicle.

When Trooper Jay Farmer responded to the emergency call, he immediately began to plan for a water rescue. When he arrived at the scene, he observed several bystanders frantically pointing towards a car sinking in the water. The vehicle was now submerged to the roof and filling with water. Armed with a baton, Farmer entered the frigid pond and ignoring the cold, Kocker followed. Trooper Farmer and Mr. Kocker knew if they waited for water rescue or fire personnel, the vehicle would completely submerge and the driver would not survive.

The foggy windows made it difficult to see or hear anyone inside, so Trooper Farmer checked the doors to confirm they were locked. Farmer broke the right rear passenger window with his baton.
With the rear window broken, Farmer could hear the driver gurgling water and yelling from under the water. Through the debris in the vehicle Trooper Farmer was able to feel the shoulder of the driver but couldn’t get any closer. Farmer positioned himself on the roof of the vehicle and Mr. Kocker swam to the driver’s side. The driver’s door now opened, allowing the driver to emerge from the water just enough so he could take a deep breath. Farmer freed the driver from his seat belt, and the two men helped him ashore.

Trooper Jay Farmer’s quick response to the emergency scene and urgent rescue without regard to his own safety is truly an act of heroism and bravery. The willingness to risk one’s own safety to help a stranger is the ultimate in public service.